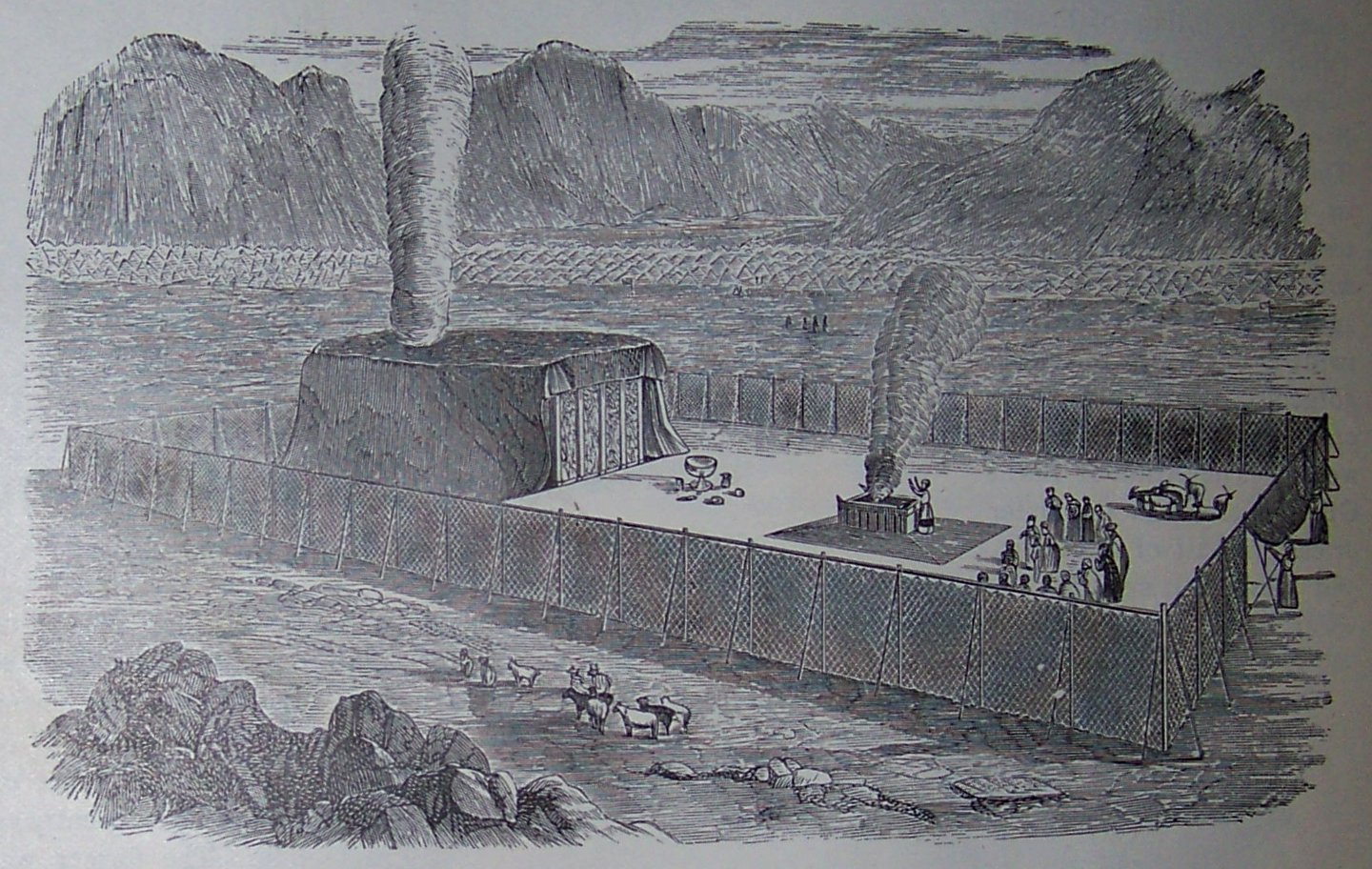 Shadows of Worship 3: The Tabernacle in the Desert

Around the mid-point of the Exodus narrative, we find that the Hebrew people have just been delivered from years of crushing labor and slavery under the hands of the Egyptians. They have watched God miraculously deliver them through the Red Sea and provide for them in the harsh and barren landscape of the wilderness, east of Egypt. God has also called Moses, their leader, to a mountain to work out the terms of their relationship. Moses is given rules on how this newly formed nation is to relate to one another and how they are to relate to God. Part of these “terms” included detailed instructions on the fabrication of a worship complex. This complex would include a rectangular fence made of wood posts and white linen walls. Inside this fence, would be a square, bronze altar for sacrificially burning animals, and a bronze laver or pool for the washing associated with the sacrificial service. Also, inside this fenced-in courtyard is a large, rectangular structure. The structure is made of portable wall units and completely covered with various tapestries and skins. This tent-like structure is divided into two rooms. The first room takes up two thirds of this tent, and contains a lamp, a table, and a small square altar. This area, named the “Holy Place,” is restricted to certain priests. The final third of the tent contains the Ark of the Covenant, a chest that is connected with the very presence of God. This last third of the tent is called the “Most Holy Place” or “Holy of Holies” and it is off limits to everyone, with the exception of the high priest, once a year. This worship complex, referred to as “the Tabernacle,” was the center of worship for the Hebrews as they journeyed through the wilderness on their way to the new home God had promised them.
The majority of Tabernacle activity was found in the courtyard. Here, priests and Levites would be about the work of sacrificing animals. The light of the desert sun would shine upon the bronze altar and laver. The smell of smoke, blood, and burning flesh would permeate the area, and the sound of sloshing water could be heard as the priest washed themselves, their sacrifices, and their tools.

Inside the tent was a very different environment. The walls and furniture were covered with hammered gold and the visible ceiling was a colorful tapestry, embroidered with heavenly beings. The only light inside the tent came from the flickering wicks of the lampstand. Fragrant incense would also be burning in the small altar in front of the veil that separates the Holy Place from the Holy of Holies. The haze of incense and the reflection of the flickering lampstand dancing off the various surfaces of gold, probably created an illusion of movement. The flickering light may have even made the cherubim on the ceiling look as if they were moving about the room. A large purple veil would have divided the tent into its two rooms. Behind the veil, in the inaccessible dark of the Holy of Holies, would have been the golden Ark of the Covenant, the very footstool of God’s Throne.
The Tabernacle in the Desert was an awe inspiring environment. The smells, sights, and sounds would have created a permanent impression on those who worked and visited this temporal picture of the dwelling place of God. How much more awe inspiring are the spiritual and heavenly realities that are reflected in the Tabernacle in the Wilderness.
In the Following posts, we will explore the various elements of the Tabernacle to learn more about how they functioned, what they might represent and what glimpses they may give us of heavenly places.